Noticing a change in your body’s appearance is never an easy thing to accept and while some individuals may overlook a discolored nail and set it aside as nothing, a black toenail is not something that should be taken lightly. Although the reason for a black toenail may be a minor issue such as a bruise as a result of hitting it against something, change in the color of the nail often indicate that there is something wrong; therefore, a black nail must be attended to immediately.

As was mentioned before, the reason for black nails varies; however, the most common cause is blood beneath the harden tissue of the nail. A bruised toe may cause blood to drain into the nail bed, changing its color. This condition is known as a subungual hematoma and is normally caused after repetitive bruising of the toe or it can also occur instantly after your foot experienced a very hard blow.

While unsightly, most blackened toenails aren’t painful and for most people, the discolored toenail will eventually fall out and be replaced by a newly grown one. In other cases, however, the blood pools under the nail, giving off a foul odor and discharge. In other rare cases, the sign of a black toenail is an indication that there is a fungus growing under the nail.

Things to Consider When Dealing with Black Toenail 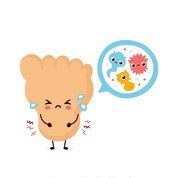 How Black Toenail Incidents Can Turn From Bad to Worse 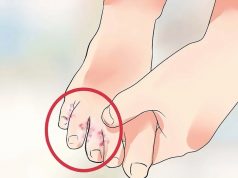 How Black Toenail Can Ruin a Perfect Set of Feet