Our hands are truly remarkable. The average person has incredibly dexterity and range of movement when it comes to their hands. From writing the countless symbols and shapes that go into language, typing the words you are reading now, throwing a baseball, or carefully moving object around, our hands are invaluable. While our hands represent one of the primary ways we interact with the world around us, they are also susceptible to a wide range of injuries, diseases, and disorders.

Comprising 27 bones, a range of joints, muscles, and tendons, the hand is one of the most delicate parts of our body. Along with sustaining stress fractures and physical injury, repetitive motion injuries and several different kinds of diseases often occur in the hands. A frequent disease that more then 10% of American adults struggle with is fingernail fungus.

Also known as onychomycosis (which applies to both fingernail and toenail related fungi,) nail fungus can occur for a wide range of reasons including poor hygiene, health issues, and simple bad luck. While there are a range of treatments as well as causes of onychomycosis, lets take a moment to explain exactly how a fungus in your nails can happen. From there, we will explore the different kinds of fungus that can cause this problem with your fingernails, as well as the causes and treatments available to you. Well, with all of that out of the way, lets get started!

What Is Fingernail Fungus?

As stated above, onychomycosis can represent as a type of fungal nail infection. So what is a fungus and why is it infecting your nails? There are thousands of different types of fungus all around us. Every day we breathe them in, we use them in making bread, beer, and even use fungus as a spread. We eat mushrooms everyday, are exposed to fungus constantly, and rarely if ever develop problems because of it. So why is fungus suddenly bad for us?

Well, it depends on the type of fungus we are dealing with. There are four primary sources for fungus of the fingernails, and three of them are directly related to fungus as the primary cause. Onychomycosis is the blanked term given when there is fungal infection in the nails, and it refers to the toenails as often as it does the fingernails. In either place, the fungus can grow and spread, generally ruining your day and adding additional worry on top of that. The potentially harmful fungus is all around us, and 99% of the time our body fights it off. However, if we are unlucky, have a compromised immune system, or live in a way where we are exposed to conditions where the fungus can thrive, the we are at an increased risk of getting it. As these potential causes come together in old age, it is no wonder that nearly twice as many elderly people are dealing with some form of nail fungus (20% of total population.) If you are worried that what you have may be a fungus of your fingernails, then the first thing you will want to do is identify what the discoloration you are seeing means. Below are the four primary causes of onychomycosis in your fingernails along with what you should watch out for.

What Types Of Fungus Can Affect My Fingernails?

DSO is the most frequent of the fungal nail diseases. It is the most frequent cause of onychomycosis and will be what the majority of people experience. More often then not, it appears as a yellowing and discoloration of the nail. If left untreated, the nail will separate from the nail bed and become brittle. It will also be one of the most challenging nail fungi to treat and may require a lifelong vigilance to stop from showing up again once you have it. Pain and discomfort may be felt, especially if you have been infected with DSO for a while.

Compared to DSO, WSO is much easier to treat and far less annoying. At the same time, the earlier you discover and treat it, the less damage will be done to your fingernails. DSO is often seen as a white discoloration that first appears as dots and markings. The markings will eventually spread until your entire nail is white, causing it to become more brittle over time. With WSO, the infected nail in question will not separate from the nail bed. As such, it is a good way to determine which type of SO you have.

Less frequent, Candida Onychomycosis is a yeast infection in your fingernail. This will cause your fingernail to turn brown, green, or yellow. The nail will also become thicker with bruising and discoloration around the nail as well. One of the most painful types of nail fungus out there, treating Candida Onychomycosis quickly is important for saving the pain and the nail.

The least occuring form of onychomycosis, PSO is found almost exclusively in people with HIV. Affecting the base of the nail where it comes in contact with the skin, further damage to the skin of the fingers can occur. The risk of infection is also increased.

Where Will My Nail Fungus Appear?

The nail fungus will most often occur under the nail, anywhere in the nail bed. It will start in a localized area and then gradually spread if left untreated. Your recommended treatment will be dependent on the condition of the nail and the type of fungus you have.

First, lets put it out there that onychomycosis can happen to anyone regardless of their current health or lifestyle. Considered bad luck, you and your fingernails just happen to be in the wrong place at the wrong time. With that out of the way, lets make it clear that lifestyle and health can play contributing factors in increasing your chances of getting your fingernails infected.

One thing that many people do not consider is the sterility of their grooming tools. Whether you are removing dirt from the base of your nails or treating them, non-sterile equipment can transfer fungal spores from the air directly into the area between your nails and your nail bed.

Heat and humidity also play an important role. Generally speaking, the warmer and wetter your fingers are, the greater the chance that you might get some version of onychomycosis. With this in mind, the most risky season may be winter for you. Generally speaking, in the summer our hands are free and well aired. During the winter however, people in colder climates bundle up, wear gloves, and risk trapping moisture in their hands. This warm moisture is the perfect breeding ground for fungus.

Fungus on nails can represent a big problem. However, by treating it as soon as it comes up, you can minimize and even negate any damage done. The trick is looking for signs of nail fungus before it goes out of control. The biggest sign of fingernail fungus is discoloration of your nails. Yellowing of your nails is most often the first sign that people notice. In addition, colors like brown and green, as well as white spots are also signs of a variety of fungal infections. Puffiness around the nails and pain can also be signs that you have nail fungus.

An important thing to remember when determining whether or not you have nail fungus in your fingernails is that there can be several different causes. Pitted nails, onycholysis, paronychia, hematoma, and pseudomonas bacteria can all occur on their own and cause discoloration in your fingernails. If you are uncertain then do an image search online for ‘onychomycosis finger nails’ as well as the conditions listed above. See what your fingernails look most like and schedule an appointment with either your primary care physician or your podiatrist for as soon as possible. With their assistance, you can plot a treatment path that will see you free of fungus in the future.

One question that many people ask is, ‘is nail fungus contagious?’ Well, to answer your question nail fungus is indeed contagious. However, before you break out the hazmat suits, understand that what causes onychomycosis is all around us. Onychomycosis can be contagious if you press the inside of your nails together, and is far less contagious when sharing similar nail care products. As no person does the former and the latter is far more common, be careful when using nail care products and disinfect them between uses. Whether you are the only person using the equipment or you are sharing it with someone else, practicing good hygiene can go a long way to ensure that contagious or not, you never get onychomycosis. So, take it slow, be healthy, and disinfect things that you use for your nails if possible and you will give yourself the best advantage out there not to get onychomycosis in the future. 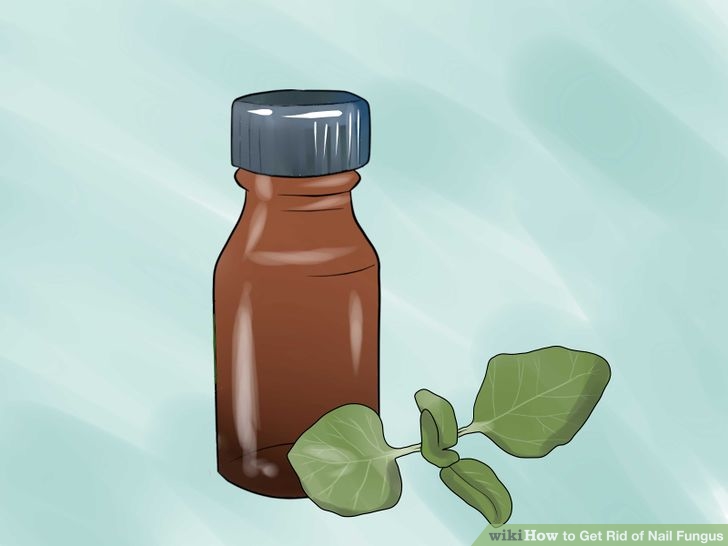 Different Nail Fungus Treatment Options and Which Is Right for You